Canterbury Village Taco Fest along with Orion.Events presents: Moving In Stereo a Tribute to The Cars

The Cars were the most successful American new wave band to emerge in the late ’70s. With their sleek, mechanical pop/rock, the band racked up a string of platinum albums and Top 40 singles that made it one of the most popular American rock & roll bands of the late ’70s and early ’80s.

MOVING IN STEREO ™ – A tribute to The Cars, recreates the sights and sounds of The Cars at the height of their powers! With a song list that spans the bands entire recording career, you’re guaranteed to hear all of your favorite CARS hits! It’ll move you…IN STEREO! 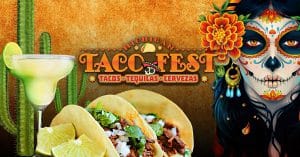